For the first year of AG’s life, I could not answer May 20, 2001 when asked to supply his birth date. For me, he had not existed on May 20 and May 22, the day we met him–the day we brought him home–was so extremely significant. And so I stumbled on that question for months, possibly years. I no longer stumble over the information and the entire sequence is perfectly clear in my mind. We were tired, but frenzied with excitement, when we got up that morning. We had predetermined that Einstein Bagels would be our breakfast on the way out of town. In the car, each of us would call our bosses and ask for the day off. If they told us no, we would become indignant, scream obscenely, and quit on the spot. Also we would sue. For 5.5 billion dollars. This would pay for his college.

Neither boss denied us a day or two off for Baby Retrieval, so that whole law suit sort of went away. Bummer. College is looking grim for the boy. The other children need not even consider it.

We had been told by Ray to meet him in the hospital lobby at 11 a.m. I was so sick to my stomach over it all. I was going to meet my son! I spent about an hour of the drive trying to convince Todd to reverse his “Don’t Tell/Don’t Tell” policy with friends and family. He refused. Guts, again!

And then we were there. We parked in a parking garage. I so vividly and distinctly remember the pavement between the parking garage and the lobby. Will I ever forget walking that path? Why did I choose those shoes? Did I look like a mom? Why don’t they use Round Up for all the weeds growing up between the pavers? What are you running here, a farm?

I’m sorry. I’ve grown distracted. Ray was walking off the elevator when we walked through the automatic doors to the first floor lobby of Shands Hospital. He spread out his arms, wrapped us up in them, and said, “Hello, parents!” I think I must have passed out or completely crumpled. But if I did, it seems like Todd would have mentioned this before now, so probably I just cried a little. We wanted to know what had been going on up in the room.

“Well,” he said. “April has a migraine and is on some medication right now. The ink is probably not yet dry on the paperwork, but it is signed and you are parents. Your boy is waiting for you upstairs.”

“Of course,” he said, “But just realize that this is a hard time for all of them. Don’t expect too much.”

How could I expect anything of them? They had given birth to perfection and offered him to me? What else is there?

When we walked in, April was feeding him through a bottle. She handed him to me and looked away. He was a sloppy eater. Still is, that varmint. But while he was sucking like a fiend on that bottle, I saw his dimple for the first time. I fell completely in love with that dimple. It is still adorable. We have asked him not to smile around females. We have a wife picked out for him and some paperwork already in a safe deposit box. We don’t want the Unchosen Girls to get mixed up in that Dimple Business. That can only hurt our cause.

He took my finger after he finished spewing most of that bottle. Five tiny fingers wrapped around my one. If I had won the $5.5 billion lawsuit, I’d trade it all to just have those five fingers holding mine for the rest of my life. But he will let go. Sooner than I want him to.

And I won’t even have the money for a comfort. 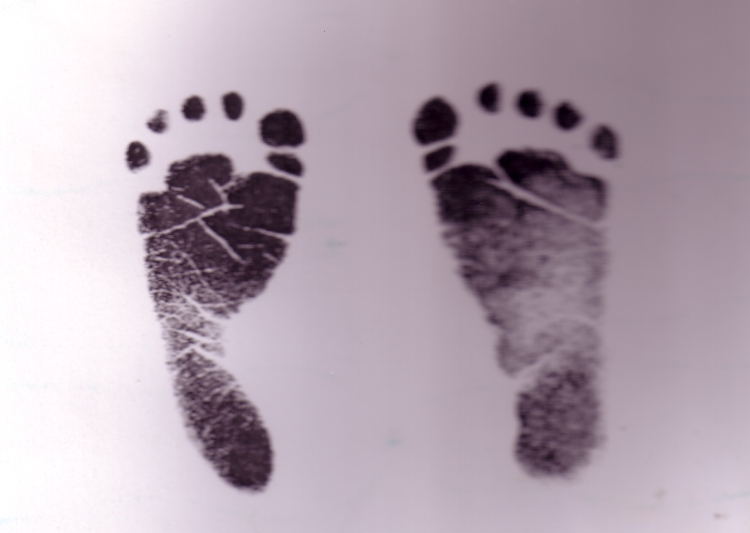