Marcus Aurelius was an outstanding emperor as far as the people of Rome were concerned. I’m not so sure he measured up in God’s eyes, as most of the famous Romans were pretty big scoundrels. But that’s not really related to this particular point.

His son was rock bottom evil. He was as hated as hated gets. It was a wonder that a dude like that could have sprung from a dad like Marcus. His son, Commodus, renamed the city of Rome Comodiana (anyone thinking of toilet seats here?) and renamed every month of the calendar to correspond with one of the twelve names he had acquired during office.  Wow. Now there’s a dude who’s impressed with himself.

I need to rename the calendar for different reasons.

On January 2, I started my new regime. I started my Finish List. I did well. On January 3, I did pretty good, though I got tired and fell asleep during my Bible reading. On January 4, I was a tiny bit decent fighting to get out from under the shawl of pathetic. And by January 5 I was rolling in the filth one might find on the soft ground near a septic tank.

Perhaps that is slightly exaggerated. I wasn’t out clubbing while drunk and carrying a weapon. But I had promptly forgotten it was a new year with new goals. And the Finish List was more like a “Did you even catch sight of the Middle List?”

So at this point, I figured I’d do what I do every year: Give up until next year. Because if I can’t start fresh in January, what really is the point?

That logic is both idiotic and completely backwards.But since I can’t seem to get past that “i need a fresh start” mentality, I am changing the calendar.

February 1 is a new year for me. And we’ll see how that goes.

Today has been relaxing and nice. It is me and Snugglemonkey in Kentucky with friends. I loved driving places with only Snugglemonkey, because she doesn’t complain when I stop to take photos. On the way out to a friend’s house this morning, I stopped multiple times to take pictures of barns, birds, falling down buildings, etc. I love her for thinking it’s normal.

Here are a couple of the spots we found interesting. 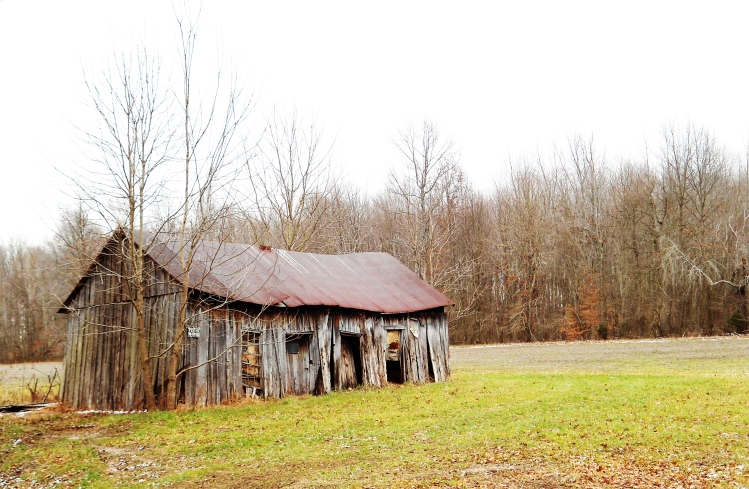 I love the old piano on the porch. And the sign on the door. Only in the South…