I have very little to say. Hence the title. People who have nothing to say, should say that. But I’m going a different direction, because I don’t want to skip a month of writing and sitting with my laptop is a better choice than turning on my TV right now. I can’t say the same for you. It might be better for you to turn on your TV than to read this.

I told you I had nothing.

The other day, my youngest daughter was in a different classroom than usual. When I asked her whose class she was in, she told me, but I couldn’t picture the teacher. I asked her to describe her. She said, “You know…long brown hair and hairy arms.” I’m not sure that a loud belly laugh was the appropriate response, but I pictured a Sasquatch and it made me laugh. I do hope we can make something of her eventually. Something other than funny, which she is already. While I was picking up one son the other day, she was at home with the other one. If she has wifi, she can use an ipod to text me. I received the following from her while I sat in car line. 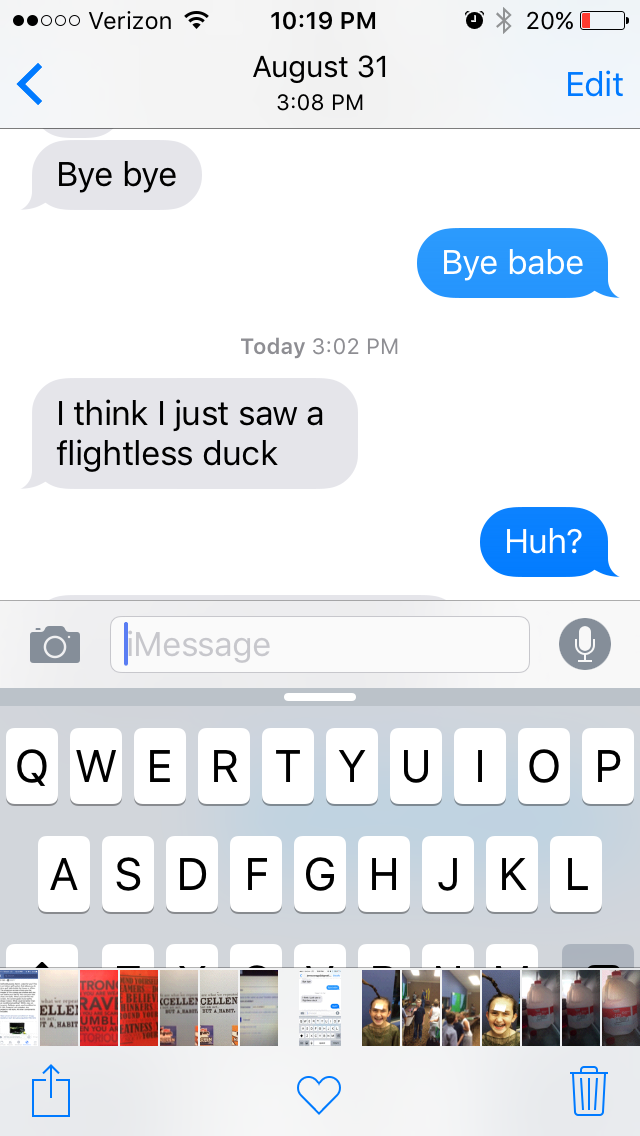 How does an 8-year-old differentiate between ducks that have flight and those that don’t? Did she see a duck walking and just decide it was flightless? These are the mysteries of the universe.

I told you I had nothing to say. You were warned.