Sometimes things sneak up on you. A pound or two becomes 20. A couple of pesky sunburns becomes the skin of a decomposing body.

You don’t get there overnight…which is really the problem. Of course if we could SEE ourselves rotting in the grave we would wear sunscreen. If we could envision how terribly painful it was going to be to try on bathing suits in TJMaxx, we would put down the poptart and pick up the banana. Surely I’m not the only one who lacks this type of vision.

Tonight I had one of those moments. I had Todd take a picture of it, and I need to tell you that his reaction to being asked to take the picture was actually funnier than the object he was photographing. He attached it to an email with the subject “Disgusting.”

This moment of clarity came as I was packing my beach attire tonight. I naturally reached for my brown leather flip flops and was about to throw them in the duffle bag when I turned them over and saw this: 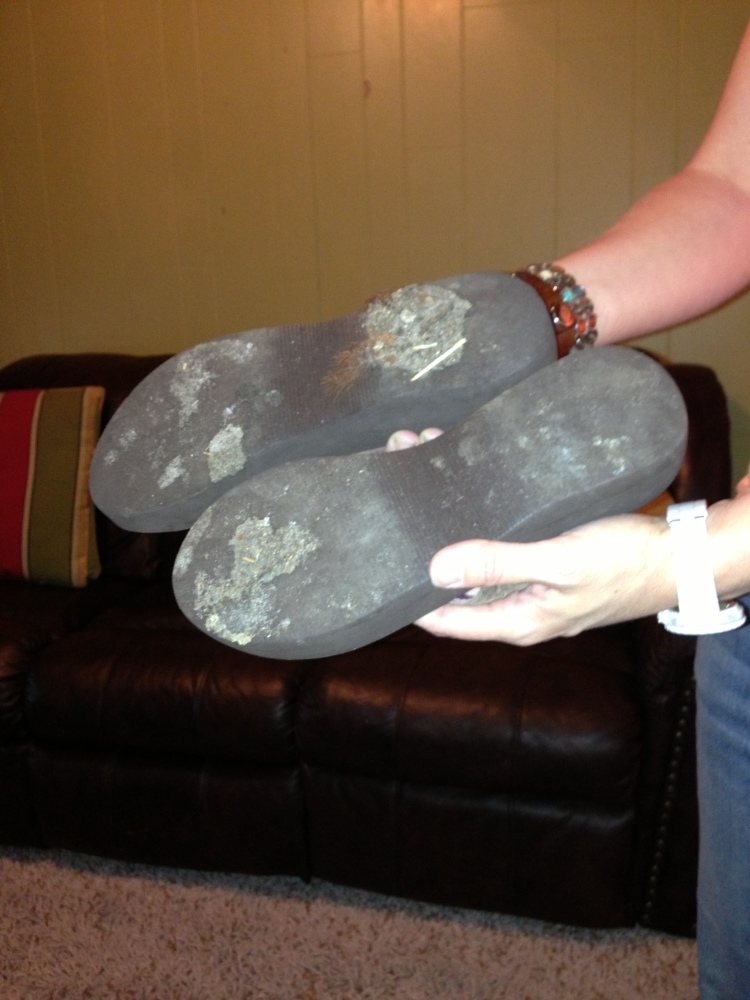 The picture doesn’t really do it justice. It’s feathers. And stuff. And poop.  All stuck together.

There are so many things wrong with this picture that it’s hard to know exactly where to go with it. It’s hard to say what is worse…the fact that there are feathers and poop within a short walk of my back door  or the fact that I chose these particular flip flops to go into the chicken coop and  didn’t notice I had stepped in it. Or is it worse that I came in the house after that and almost packed them many months later in this condition.

Actually, probably the worst thing is that I had Todd take a picture and now I’m talking about it on the internet.