It’s funny to me what boys don’t know. They know plenty. Don’t get me wrong. I’m not calling them stupid and me smart. But there is, on occasion, a dividing line between banks of knowledge. On one side of that dividing line, there is me. I don’t know the difference between pawning and selling an item at a pawn shop. Actually, I understand selling perfectly. I just don’t get the pawning thing. Todd has tried on multiple occasions to explain. Please don’t fill up the comments with information on pawning. I really don’t care that much. On the other side of that dividing line, there is Todd. He doesn’t know girls’ sizes. Boys typically don’t.

Don’t ask me how this transpired, but last night Todd’s mom marched out of the back room carrying her prom dress. A baby blue, very well-preserved taffeta prom dress from 1965. Whoa-za. And with an episode of Pawn Stars playing in the background, we got to chatting about that dress.

“Todd, have you SEEN pictures of your mom at that age? She was a waif. I cannot fit into her high school dress.” I was right about this. This one time, I was right. He held up the dress in the light.

“This was you in high school,” he argued, nicely.

I marched off to the bathroom to destroy a perfectly intact 45-year-old dress. As I suspected, and had already stated firmly, I could not zip it. Could barely even squish my arms into the sleeves. Then I wandered back into the main room, taking great care to keep my back away from the crowd…as it was exposed due to the lack of zippage and fittage. The result of this little experiment was raucous, out-of-control howling by all four adults in the house. Also resulting was the following photos. It’s a vision of loveliness, isn’t it. 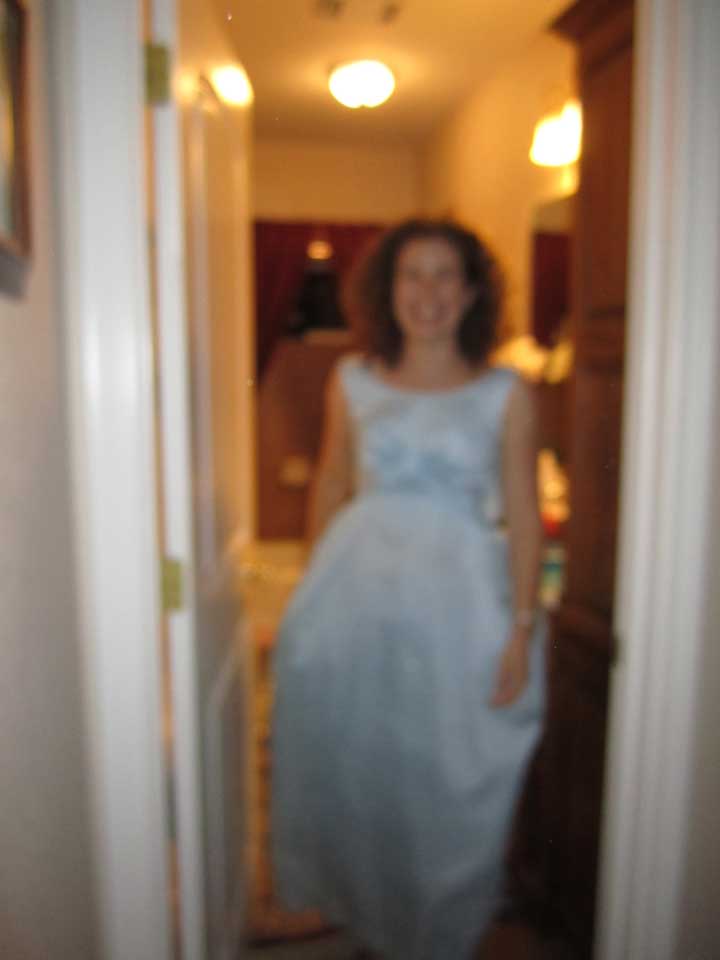 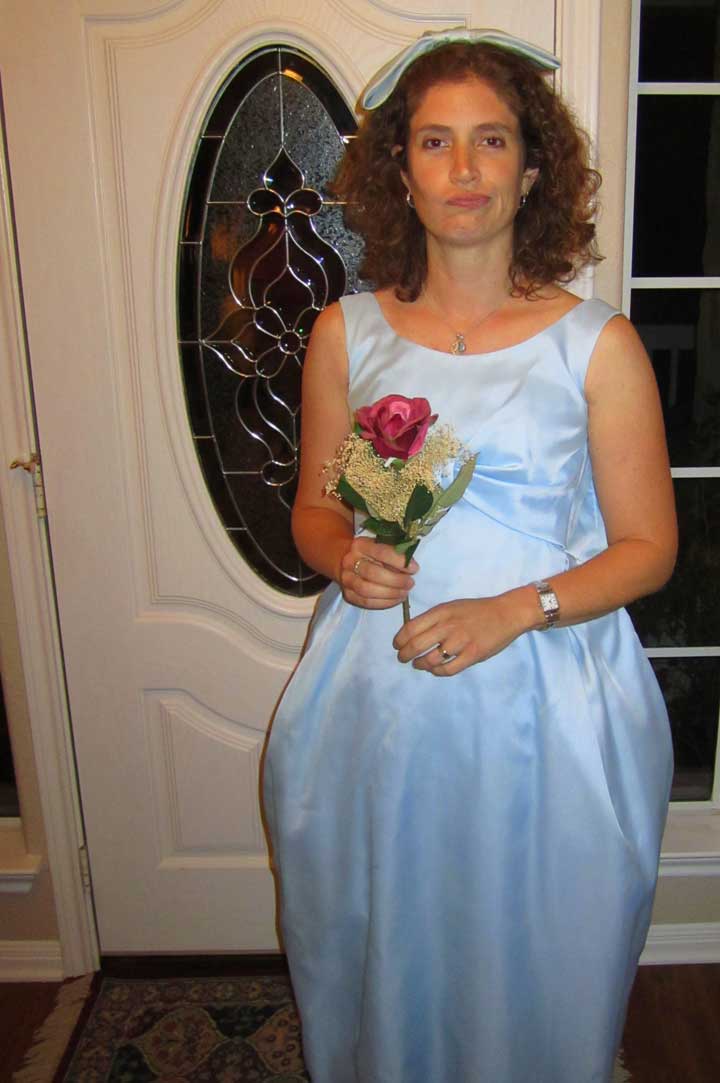 I’m not as fat as this makes me appear. Really.

Now, Todd. Go  put on your dad’s wedding tux. And then come get in this picture…

5 thoughts on “Size nothing”